Wall Street is pretty bearish these days and for good reason. Inflation is high and the Federal Reserve has been raising interest rates to try to keep it in check. There are signs everywhere of an end to high prices if you know where to look.
Let's look at some key commodities:

First up is crude oil. Prices peaked in early March as the Russian invasion of Ukraine got underway. There was a lower low in June that can be seen on the chart below, but since then it's been pretty much straight down. Everything in the economy is related to crude oil in some way or other: food production, distribution, transportation, etc.

Next up is copper, which has strongly corrected since topping earlier this year. Used in everything from cars to houses this is a key commodity to watch for burgeoning inflation. 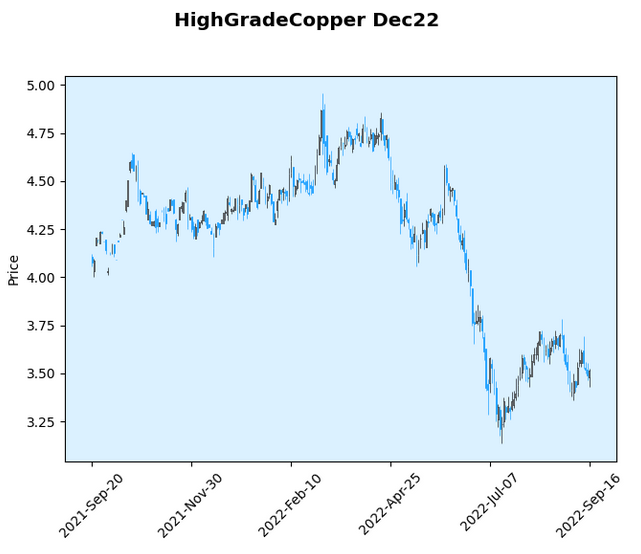 Especially important as a harbinger for housing prices, lumber also has tanked in recent months. It's down some 50% or so since the highs. Does this look inflationary to you? 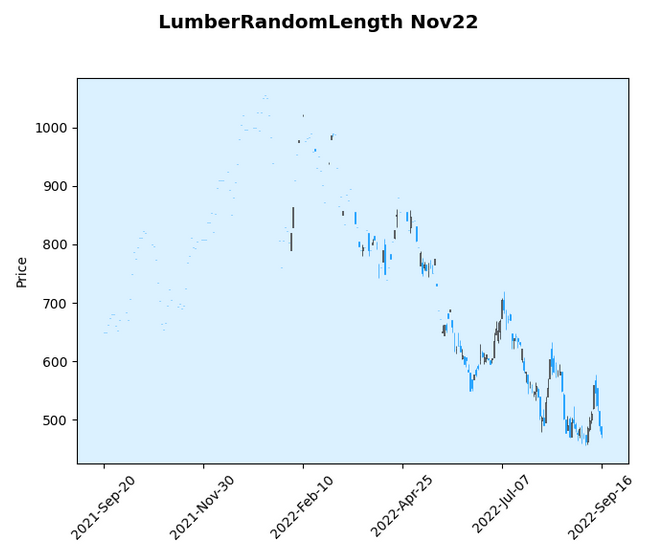 I'm among those who think the Fed has done well to dampen demand. They mostly control the economy through the housing market, and by raising interest rates they have slowed it down quite a bit. Inventories of houses for sale are well down around the US and markets are more in balance.

Above is an updated chart of the effective federal funds rate vs the 10-year treasury yield. As mentioned in a previous article, during hiking cycles the Fed tends to raise rates until the effective fed funds rate is above the 10-year treasury yield. I suspect this time will be no different. The market currently expects the Fed to raise rates by 75 basis points. See the probability chart below. 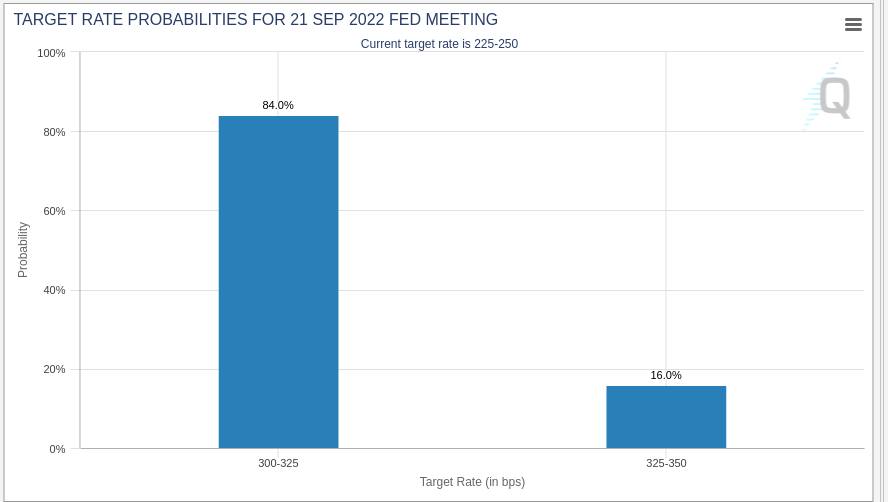 75 basis points would not quite get the effective funds rate above the 10-year yield, but it would be close. It will be interesting to see what happens over the next few months, but I for one am watching these two levels very closely.

Let's face it, investor sentiment has been terrible for most of this year. And they've been right. The stock market has been in a funk for quite some time. It's really been a perfect storm in terms of inflation, war, supply chain issues, and a huge reduction in Federal deficit spending. Despite all this the US economy has still managed to stay pretty strong. See investor sentiment chart below.

Starting in January investors got bearish and pretty much have stayed bearish all year.

Ditto consumer sentiment. In fact, it never recovered much since the initial shock of the pandemic.

Despite all the doom and gloom there is hope. I anticipate there will be a year-end rally in stocks as the market begins to sense an end to this Fed hiking cycle. As mentioned above the expected 75 basis point increase at this two-day meeting on September 20-21 may be the last depending on how longer dated interest rates react. The slowdown we've seen elsewhere in housing and autos, for example, has been pretty severe. Other market watchers are in the same camp. Just today Morgan Stanley's Andrew Slimmon said that he thinks investors shouldn't be too concerned about lower prices. He thinks the S&P 500 will pretty much end up where it started --a volatile year for sure but in the end not too painful. "Positioning is uniformly bearish. And I suspect that will flip at some point in Q4 pushing the [market] higher into year-end, not lower," he said. About inflation Slimmon said: "It's not coming down very fast, but it is coming down."
The fact is that markets stop going down when there's no one left to sell.
Read about our trading system here. Register for a free account here.


This article was written by: Anonymous