Ever heard of Cologuard? It's an at-home colon cancer screening DNA test. Well, that's an Exact Sciences product. They have many other cancer detecting products as well. 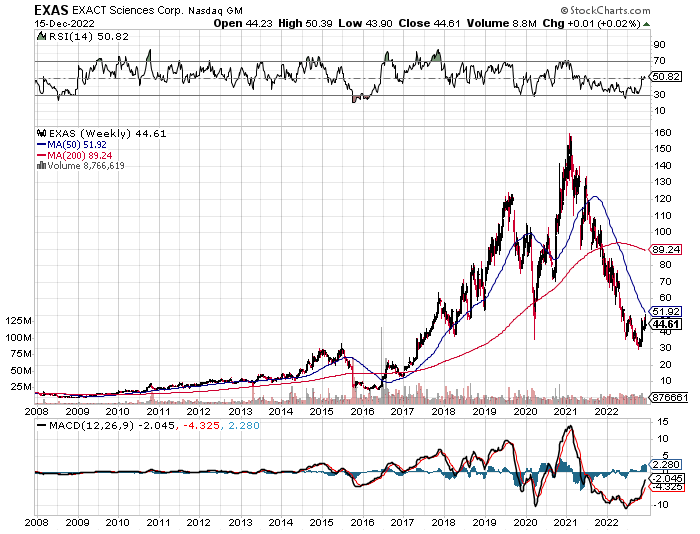 I think the 25% rally in EXAS is more of a relief rally. Of course, the market has been well aware of Guardant nipping at their heels for some time.
Above is a 15-year weekly chart that shows how weak EXAS has been. It topped early in 2021 at almost $160 after a monster run from $0.22 in 2008. Emphasis on the word "monster" there.
But what's interesting to me is that the stock recently took out the 2020 low. Not a lot of stocks have done that and certainly not the major indices.
Without getting into the weeds of technical analysis too much, what this says to me is that its bull run that started at $0.22 is officially over. That probably doesn't come as a surprise to many people here given the weakness.
Anyway, given the fact that they've been essentially straight down for the last couple of years, and with a little bit of good news we could see something like this over the coming months and years. 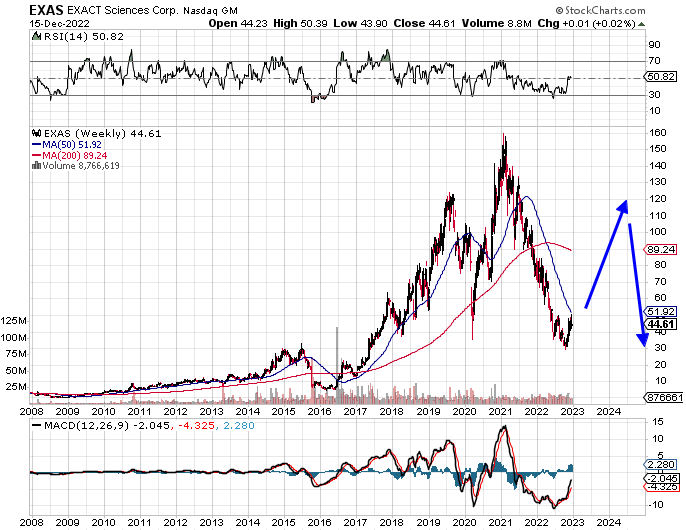 Take this with a grain of salt, of course, but it wouldn't surprise me. And if it happens something like what I've drawn above, then it will start looking like a massive head and shoulders pattern. Maybe that's when the market realizes that Guardant's product isn't so bad after all and they're coming to market.
Exact Science's financials don't look that good to me so it certainly could play out something like this. It's a big opportunity if you can get the timing right, but isn't that always the case? 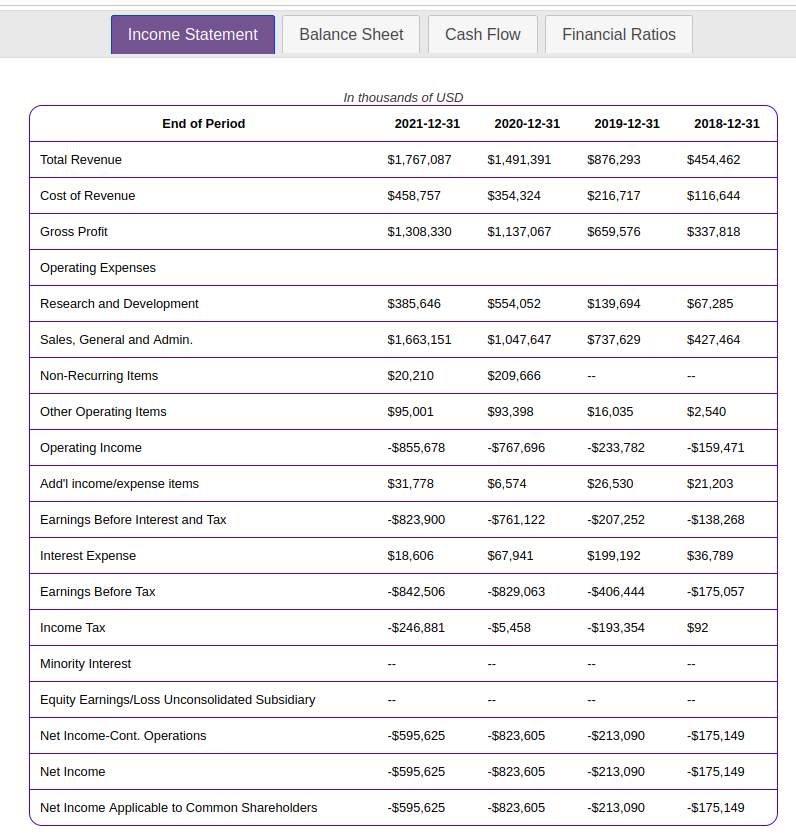 Their financials kind of suck.