Lucid builds electric vehicles and battery systems. They are headquartered in Newark, California.
Lucid went public via a SPAC merger back in 2021. This was during the bull market, of course, and EV companies were all the rage. I remember looking at their finances at the time and being amazed that a company could be so highly valued with essentially no sales.
But that's what bull markets do for you.
LCID topped well before the bull market did and after a decent bear market rally toward the end of last year it has come back down to Earth. Looking at the chart below it has come back nearly full circle to the late 2020 days. 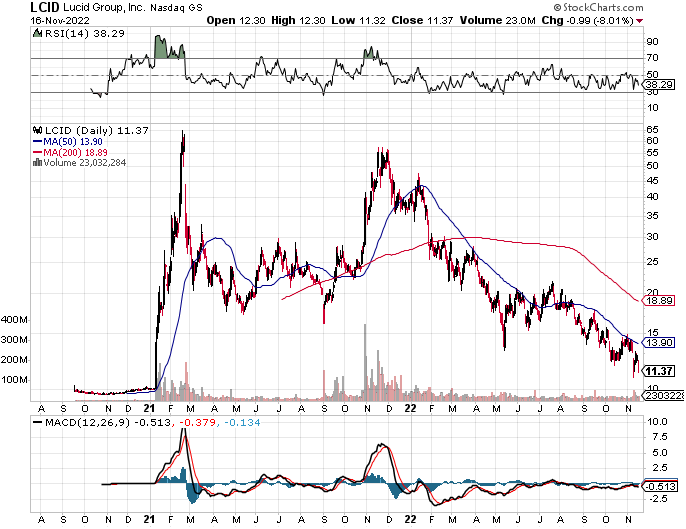 There's still a lot of excitement about electric vehicles. But the market is more in show-me mode at the moment, and LCID hasn't really had that much to show for itself.
Well, they did triple their vehicle production from q2 to q3. Sounds good, right? Except that in q3 they produced only 2,282 vehicles. Granted, these are super nice cars (arguably much nicer than Tesla Model 3s), but that's not very many. And their guidance for the full year is only 6000 - 7000. 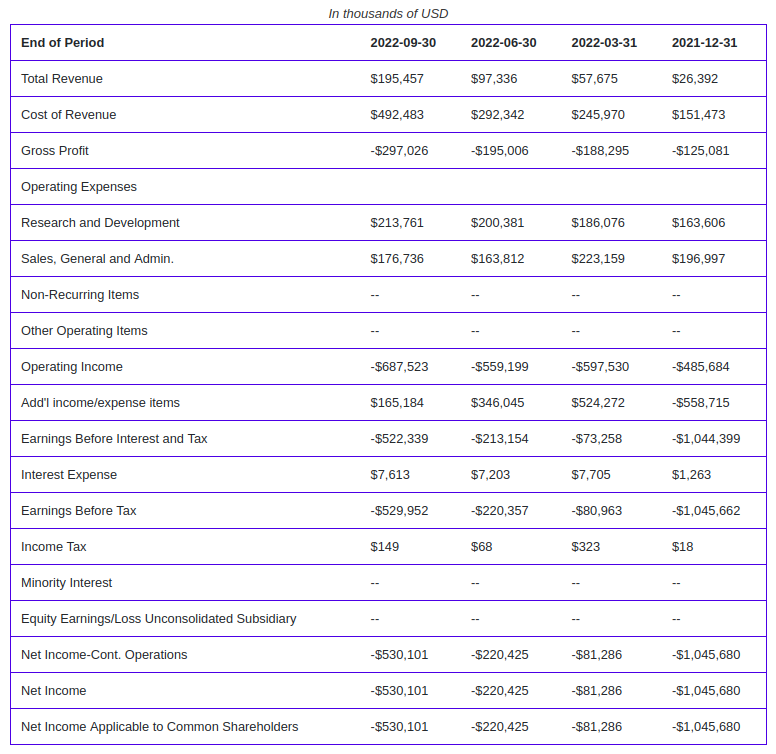 So they're gearing up to be a major player at some point in the future, and I suspect with the financial backing they seem to have, they will succeed. The only question is how long it will take.

This stock has a pretty high short interest and it is relatively hard to borrow. Days to cover has been high all year and is at over 8 as of the last report. Shorts are paying high fees to maintain their positions as well with fee rates in the teens for most of the year with occasional spikes much higher.
One interesting thing I noticed as I was looking at the borrow data for LCID was that spikes in fee rate tend to lead spikes in stock price. Take a look at this 6-month chart below.
This chart shows the available borrow and fee rate with the stock chart superimposed on top of it. There has been a spike in fee rate recently with no corresponding spike in stock price (yet). Will this pattern continue? Who knows, but it is interesting nonetheless.

It sure looks like every last bit of speculative excess has been wrung out of this stock over the last year. And I think it's pretty safe to say that given their financial backing this company is here to stay. The future is uncertain, of course, so there are no guarantees, but I think if you're willing to wait, this stock could pay off handsomely from here. The real cost will be opportunity cost, however, as it could take a number of years for this company to reach profitability. But as the market's appetite for speculation comes back, EV stocks will soar once again without a doubt.