We haven't discussed our short squeeze list in a while so without further ado here are the top five on that list.
These stocks are in no way meant to be seen as recommendations. Let's take a look at each of their charts and other information in turn.

Like so many stocks that have experienced long declines, NRBO did a reverse split. So when you look at this chart keep this in mind. It was a 1:30 reverse split so the
highs around 200 were in the 60s pre-split. And the recent lows are really low. 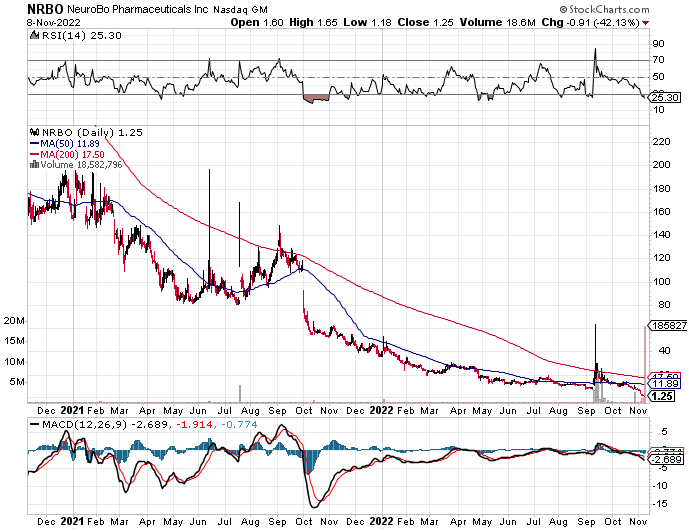 Their fee and rebate rates are ridiculously priced, which makes them expensive to short. Occasionally, you'll see a stock like this shoot up some crazy amount. This one went up in price by 8x in just two trading days in September. That's pretty squeezy.

This chart is similar in a lot of ways except for that crazy spike in March of this year. They had been humming along for most of last year and early this year at under $10/share, but then on January 26th they announced some unexpected good news about oil production, or at least it appears to have been unexpected given the reaction. 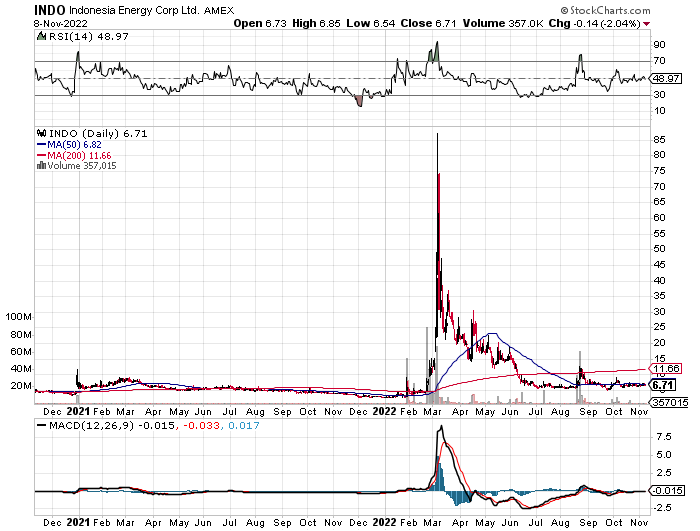 That move in late January of this year has the look of a true short squeeze that caught someone flat footed at least for a time. Given the company's share structure as seen below, it is no wonder that sudden positive news can have an outsized influence.

We have written about this company before. See Pineapple Energy (PEGY) for that article. Below is an updated chart. The arrows point out days when the stock appeared on our unusual short sales activity list. Stocks appear on that list when they have an inordinate amount of short sales in dollar terms compared to its recent average. It is not uncommon for a stock to consolidate for a time after such a spike in price. This was nearly a 10-bagger in a little over a week. Crazy!
Anyway, it may or may not fill that gap at $1.59, but I would expect this high-tight flag to resume its upward trend sooner rather than later. We'll see.
Oh yeah, I almost forgot to mention that this one has been on the Reg SHO list recently. 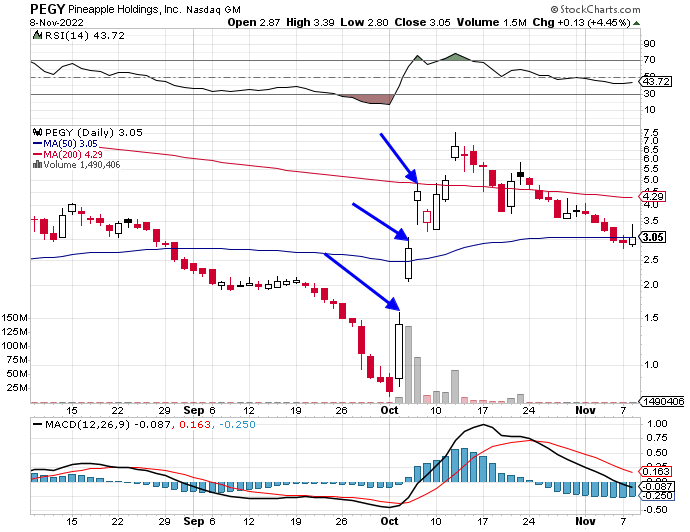 Speaking of reverse splits, here's a fun one. TOPS has had a few.
Did I miss any?
The split adjusted IPO price is in the stratosphere at over $3 trillion yet the last price is $3.44. Well done, management.
There really is no need to even look at the chart as this stock is garbage, pure and simple.
So why is it so high on the short squeeze list? Because from time to time it sees these face-ripping counter-trend rallies. The risk is waaaay too high to even chance getting the timing right, in my humble opinion.

Rounding out the top five is Agrify, a stock that seems to be popular on Shortable Stocks for whatever reason. Another reverse-split story, this one reached as high as 35 pre-split before being sold hard starting in the 3rd quarter of last year.
The tiny spike you can see in late October of this year was when they announced their 1 for 10 reverse split. When these companies start doing the reverse split dance in order to remain in compliance with the exchanges' listing requirements, it doesn't usually end well.
Again, yes, you can see outsized gains by timing a stock price surge just right, but it seems like an outsized risk, in my opinion. 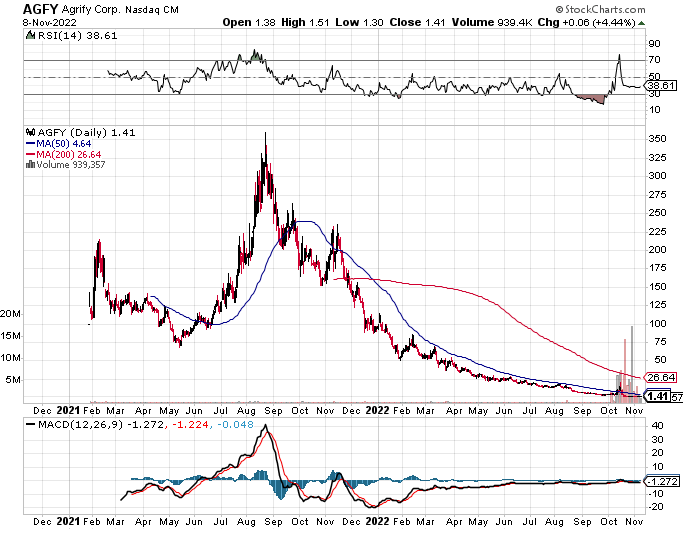 Why China Is Not To Be Feared

A Stock to RAVE About