Headquartered in Fremont, California, Enphase is a designer, developer, manufacturer, and seller of home energy solutions for the solar photovoltaic industry. Their market extends internationally as well as to the United States.
Their products include the IQ8 microinverter, the IQ battery, the IQ combiner and load controller as well as the Enphase app to monitor the whole thing.

The Time Is Now

It really is Enphase's time right now and their results have spoken for themselves. Taking a quick look at annual income statements from the last 4 years, it is clear that this company has gone from essentially left for dead to stock market heroes.
Just look at that growth! 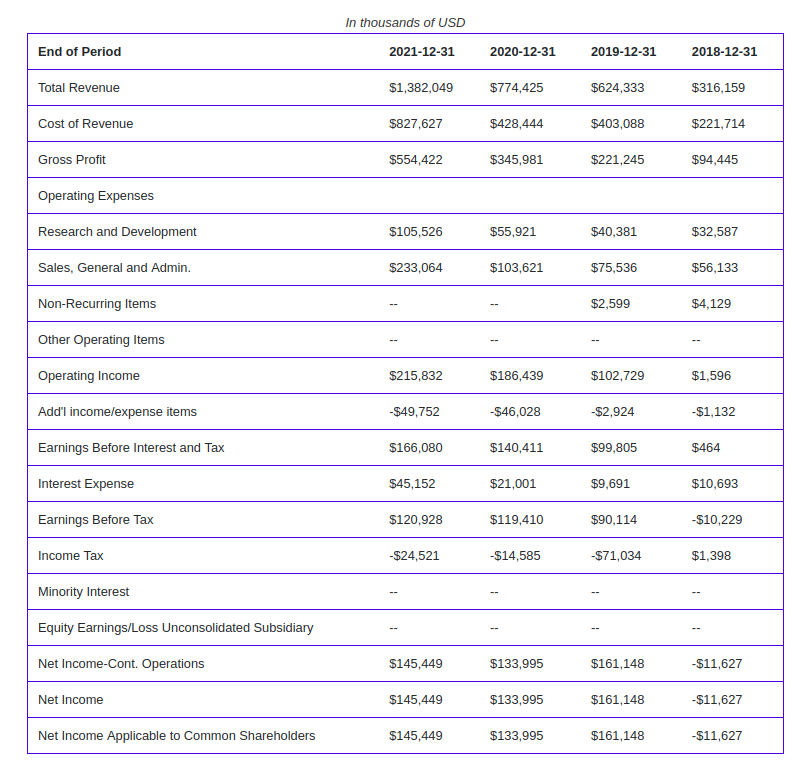 Why all the growth?

Well, let's face it. Their products are best in class. There really is no good reason to choose a string inverter over an array of microinverters, for example. Yes, the microinverter system is more expensive, but the increased flexibility and performance more than makes up for this. Tracking down a failed individual microinverter is relatively easy if you have component level monitoring of your system.
But putting aside all of the discussion about which system is better, quite honestly in the coming years there should be enough growth for everyone in the industry. The reason is simple: the United States is perfectly situated for solar and the government is determined to make it happen.

The US has arguably the best geography in the world among developed nations for the buildout of distributed solar power.
This map shows the estimated potential daily and yearly power generation per 1kW of peak grid-connected solar panels. Nearly the entire country has premium power potential. How's that for alliteration! 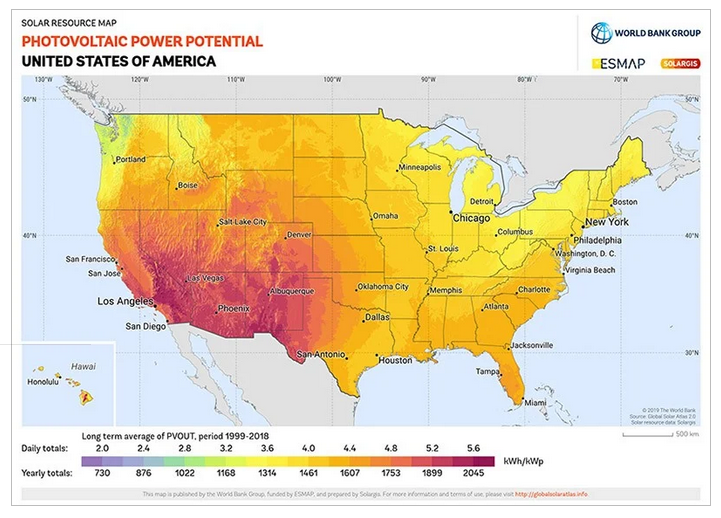 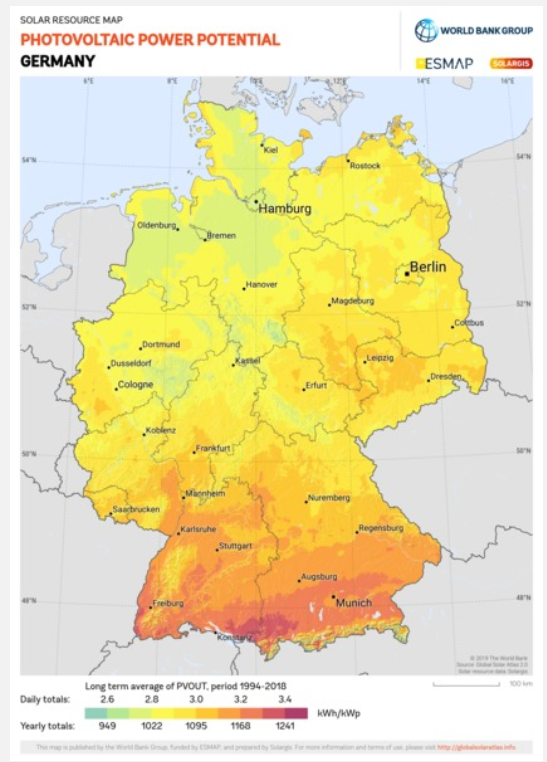 Even though Germany has had a massive investment in solar power over the past many years, the geography is not nearly as well suited for it vs. the United States. This is not to say that Germany should not be investing in solar (and green energy in general). They definitely should. It's just that the return on investment is lower.

The US government fully realizes all this and knows that energy security is a national security issue. The US has long had a policy in place of reducing dependence on foreign oil. This focus has begun to pay off in recent years with the shale boom and now the renewables industry. Everyone thought that peak oil was just around the corner a couple of decades ago, but American ingenuity (and geographical good fortune) have completely turned that on its head. The US is now a net exporter of crude oil again, and no longer has the same dependence on the middle east as it once did. There are many repercussions as a result of this, which are too many for this short article, but suffice to say that the US's energy independence will help to reshape the world well into the 21st century.
But from the standpoint of the average American, the most important thing the US government has done was to subsidize and encourage the adoption of solar. Tax credits have been in place for years, and with the recent increase in the tax credit to 30% with the Inflation Reduction Act passed earlier this year, there is simply no excuse not to take advantage.

Anyway, back to Enphase (ENPH). A few years ago, ENPH was literally left for dead. They traded as low as $0.65/share in 2017. Yes, the company was losing money, but come on! It just goes to show you how fickle Wall Street can be.
The stock price since then has been nothing short of remarkable. 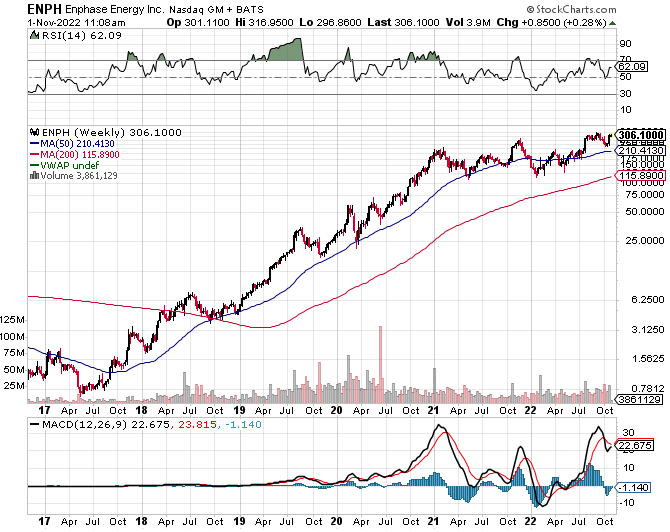 So, Enphase is probably not going to return that much over the next 5 1/2 years. I guess you never know, but I wouldn't bet on it. What it has become is a fairly safe bet, however. The big money is made when no one believes in a company's prospects like back in 2017 for ENPH, but, of course, the risk is higher then.

Dollar Strength and Its Devastating Consequences (for some)